The short step from luxury to vulgarity

March 5, 2014: I first wrote this post last June, but decided to hold off publishing it, as I didn’t want to show disrespect to my colleagues who shoot with Leica gear, nor do I want to scoff at a company, Leica, that has done so much for photography. However, with the recent release of the Playboy® + Hello Kitty® Leica C camera, I feel that there is nothing I can write about the company which shows less respect than what they are doing themselves.

Let me start by saying how much I have enjoyed shooting with Leica cameras and lenses and that I still prefer the rangefinder approach to shooting.

As some of you will know, I flirted with a Leica M-9 for about a year. In fact, I was infatuated with Leica rangefinders once I tried using a Bessa film rangefinder and, later, an Epson R-D1 digital rangefinder. I really wanted one and did whatever it took to start a relationship with the M-9. It was an intense relationship. I always felt a bit unworthy, while at the same time I was putting up with a pretty, high-maintenance model. Sure the glass was amazing and the files were beautiful, but I could never ask the M-9 to shoot at ISO above 1250 and, frankly, there were many limitations to working with it. And one lens was not enough, so the M-9 was not only expensive, but was costing me a lot more with each new lens. Finally, I had to end the relationship because of the disparity in the relationship. I wasn’t getting enough out of it.

Leica is not just high-maintenance and alluring, it appears to have a perma-tan and wear way too much jewellery.

Of course, there is always another camera! In my case, it was the Fujifilm X-Pro 1. Originally purchased to replace the great R-D1, the XP1 soon became my camera of choice. Once I realized what a charming, smart, accomplished and attractive camera the Fuji was, it was relatively easy to let the M-9 go too. My admiration for the Fuji X-cameras has grown as I have become more familiar with them, have shot with them in many, many situations and as the company continues to improve them through firmware updates. I can see a long and happy relationship with Fuji’s X-cameras and lenses and I’m pleased that I’m mature enough to appreciate what I have and not long for some impossibly sophisticated and beautiful camera.

During the past year, I have watched with interest the release of cameras by both companies and their positioning in the market. Leica has had such an allure in part because of who has shot with their cameras and, in my case, those I know who still do. I am honoured to know a few, very talented photographers who shoot exclusively with Leica Ms. They are great people and they make impressive images. They are fine examples of the type of shooter who has made Leica the camera brand of choice for so many documentary-style photographers. In essence, they are shooters from Leica’s film days. In the past decade, Leica has been pushing their products further and further into the luxury market and further and further away from the documentary-style photographers who helped to make their name.

Now, Leica is not just high-maintenance and alluring, it appears to have a perma-tan and wear way too much jewellery. The opening of glamorous boutiques to sell their impossibly expensive products has pushed the brand into the high-end sports car and watch arenas. And although the new M has significantly improved upon the M-9 (hmm, borrowed any features from X-cameras?), it’s difficult not to expect to see them hanging around the neck of middle-aged dentists escorting an overly-groomed young woman. My apologies to all overly-groomed young women who might go out with a middle-aged dentist, who may or may own a Leica M 240. But you get my point. Leica is in danger of crossing the line from luxury to vulgarity. It is sad but understandable direction for the company to take its products; I’m sure that it is profitable.

This, of course, brings me back to my admiration for what Fujifilm has created with their line of X-cameras as well as how they have continued to improve them. The original X-Pro 1 was good enough for me to give up on the M-9. Since then, it has just gotten better and better! Thanks Fuji for thinking of photographers as well as the bottom line. Hopefully, your approach will also prove to be profitable, so that you can continue to make great products. In fact, the type of cameras a new generation of documentary-style photographers will be happy to use for years to come.

Tango photo shot with the Epson R-D1 with a 35mm (Ultron?) lens.

Additional note: I was looking at this photo in the context of the post and realized that I wanted to clarify the choice of image. The dancers were the most charming exchange students who were performing on the street as part of a public outreach program from their school. They did not have perma-tans. Their’s were natural. I chose the photo because of the inherent elegance of dancing tango, particularly on the street, in contrast to the vulgarity mentioned in the post.

View all posts by doncraigphoto

7 Replies to “Does Leica have a perma-tan?” 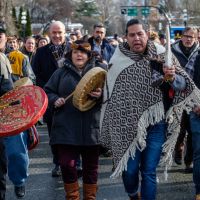 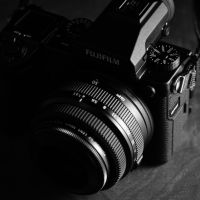