In B.C., we just completed a provincial election. Unlike pre-pandemic elections, there weren’t large crowds and a long bus tour. Instead, much of he campaigning was done virtually and staff and participants at events were restricted.

This is how I found myself working primarily as the photo editor for the NDP campaign and shooting events around southern Vancouver Island, with just one trip to Vancouver in the last week of the campaign. The bulk of the campaign photography was made by the videographer, which helped in keeping staff numbers down.

Photo editing was important for the campaign, but it is certainly not as interesting as making photos. Fortunately, I did make photos at a few campaign stops and I am including some of those below.

NB: All images captured with Fujifilm X-cameras and Fujinon XF-lenses. Most while I wore my Doc Martins. 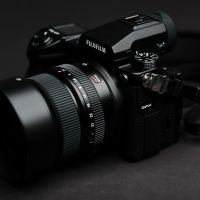